The Masters and Golf in Ireland

By Conn Connolly April 5, 2017 BE SOCIAL
No Comments

THE MASTERS AND GOLF IN IRELAND 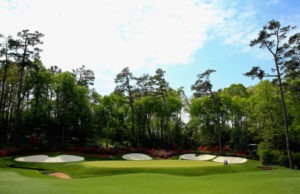 It’s Christmas eve in Golf Land with The Masters beginning tomorrow. Sky Sports is running endless promos, the clocks have sprung forward over here, there’s a grand stretch in the evenings, and the Irish weather has a distinct Spring feel.

The Masters and Ireland

The Masters has a particular resonance in Ireland because all of our golfing dreams are still intact. The golf season is just beginning, hopes of great golf over the coming year remain, even if the clubs have not seen the light of day in months. Hope springs eternal, hopes that have not yet been dashed. The perfectly manicured Augusta fairways, the brushed rough (ahem – apologies ‘the first cut’), impossibly white sand and the blooming azaleas add to the dreaminess. And just like the week of Wimbledon or gyms at the start of a new year, golfers last seen in April will re-emerge.

No Irish golfer has ever won the Masters, but we suspect that is likely to change over the next few years with Rory on the prowl. Who will ever forget him in 2011, still with boyish curls and a cherubic face when disaster struck. Every Irish mammy (& a few of the more soppy Irish dads) must have wanted to rush out there and give him a big hug as he leaned on the Driver on the 13th tee. Hard to watch even now. We attended “An evening with Rory and Alex Ferguson” last June when he talked very candidly (as he generally does) about that 2011 Masters collapse. He said it was one of the very rare times on a golf course where his mind just blanked. Could 2017 be the year when it all turns full circle for him.

Watching the Masters and golfing the Irish Links 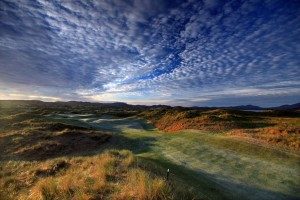 So how do we plan to spend the Masters weekend in Ireland? Well it is a tradition for us to head away for the weekend with a group of ‘golfers’ (that term is used loosely) and play some of Ireland’s great links golf courses, watch The Masters, bet on The masters, eat good food and drink fine beverages. For 3 days in a row. Last year, we were in Kerry and wrestled with Tralee, Waterville and Dooks. This year we are heading North, and will ‘break up the journey’ to Donegal, at Royal County Down (as you do), before completing the journey to Donegal. There we will tee it up at Rosapenna – The Old Tom Morris Course, Rosapenna – Sandy Hills, and Portsalon. The hopes for the coming golf season may be well and truly shattered by the time we have completed those great Irish links, but no matter, hope springs eternal.

Care to join us next year? Its Christmas eve in Golf Land!