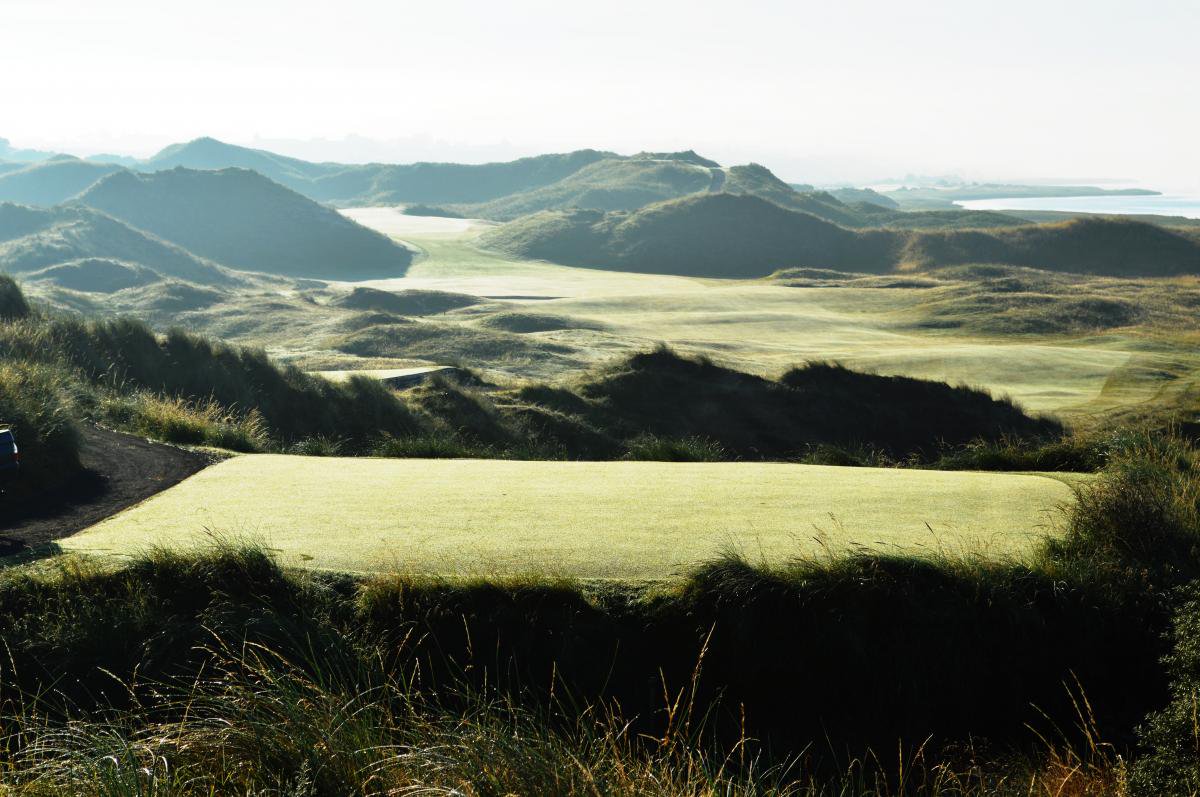 By Conn Connolly July 8, 2017 BE SOCIAL
No Comments

This week, the Irish Open is being held at Portstewart Golf Club, one of Ireland’s top links golf courses. Be sure to catch it on The Golf Channel, and if you can’t catch it live, fire up the Tivo machine. Located along the beautiful Causeway Coast in the North East corner of Ireland, Portstewart’s front 9 especially is the match of any 9 holes of links golf in Ireland.  Many of these holes were built more recently in the Sand Dune range known locally as the ‘Thistly Hollow’. You”ll see no artificially bulldozed sand hills here – all natural, tumbling, exhilarating, ‘in your face’ links golf at its finest. Watch it and you’ll see what natural links golf is all about.

Geography: A potted lesson. The island of Ireland is divided into divided into 32 counties. Ulster is the Northern province on the Island and has 9 counties. “Northern Ireland” is comprised of a subset of six counties out of those nine counties in Ulster – check out the brown area on the map.

History: Now here’s is where we could get into trouble! so we’ll stick with the modern era. After a War of Independence between the IRA and the British forces in the early 20th century, The Anglo Irish Treaty was signed which partitioned the island of Ireland into the Irish Free State (Republic of Ireland) and Northern Ireland …. the Six Counties referred to above.

Politics: Now we’re really getting close to the edge so let’s stick with ‘the facts’. Northern Ireland is currently part of The United Kingdom and has its own local devolved government. With the signing of the ‘Good Friday Agreement’ in 1998, the modern day ‘Troubles’ by and large came to an end. This agreement provided that Northern Ireland may only be re-united with the Republic of Ireland (The South) based on a majority of people in Northern Ireland and separately in Southern Ireland voting accordingly in a referendum. Brexit? Well that story remains to unfold and even the so-called ‘experts’ are spoofing it on that one and how it might impact Northern Ireland. 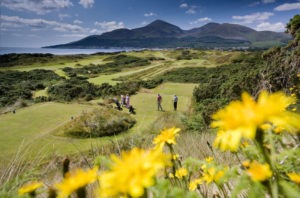 Because of ‘The Troubles’, the potential for Golf in Northern Ireland suffered hugely through the mid to late 20th century. That has now all changed. With The Irish Open at Portstewart this year and the Open Championship coming to neighboring Royal Portrush in 2019, golf in Northern Ireland is firmly on the up. And as if that was not enough, Golf Digest named Royal County Down (also in Northern Ireland) as the number one ranked golf course in the World in 2016.  But don’t think those are the only great courses up North. There are many beautiful hidden gems also, with Ardglass, Kirkistown Castle, Ballycastle, and Royal Belfast recommended. And if that wasn’t enough, just over in the neighbouring county of Donegal (in the South!) , you will find some of the finest undiscovered links golf on the Island. Check out of “Rory Recommend’s Tour”. 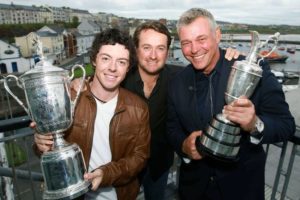 Northern Ireland has a population of about 1.8 million and represents a land mass of approx. 5.5 thousand square miles. Yet through some strange phenomenon, four of Golf’s major championships were captured by three separate golfers from Northern Ireland between 2010 and 2012. Being Graeme McDowell, Darren Clarke and Rory McIlroy. Indeed, add Padraig Harrington (he’s from Dublin in the South) into the mix, and the island of Ireland captured 7 major golf tournaments in the five years from 2007 through 2012. However, maybe we should not be surprised as Northern Ireland has a track record of producing creative mercurial geniuses having also given the world George Best, Alex Higgins, and Van Morrison in recent times.

With great courses in natural surroundings, it is no surprise that major golf tournaments are flooding back into Northern Ireland. Royal County Down hosted the 2014 Irish Open, this year’s Irish Open is at Portstewart and the daddy of them all, The Open Championship comes to Royal Portrush in 2019. Northern Ireland is indeed OPEN for Golf. Want to experience those courses first hand? Check out our customized Northern Lights Tour and contact us today to walk in the footsteps of Northern Ireland’s modern day major champions.